Run Android-x86 from a USB stick with persistence!

Yesterday I discovered that “my” Android-x86 systems can be installed to a USB stick with persistence. I.e. all system changes are saved directly on the stick. This is how it is done.

1. Format a “good” USB stick with the ext3 (not ext4) filesystem. This has to be done in a installed Linux system or while running a live Linux system from CD or a USB stick.

2. Insert your formatted USB stick and start up one of “my” Android-x86 systems (KitKat or Lollipop) from CD. In the slideshow below I’m installing AndEX (Lollipop 5.0.2) to my USB stick SanDisk Contour.

What is it good for?
Well, you don’t have to touch your hard drive. Installing Android-x86 this way won’t effect your “ordinary” boot loader. And as I say above: All system changes are persistent! 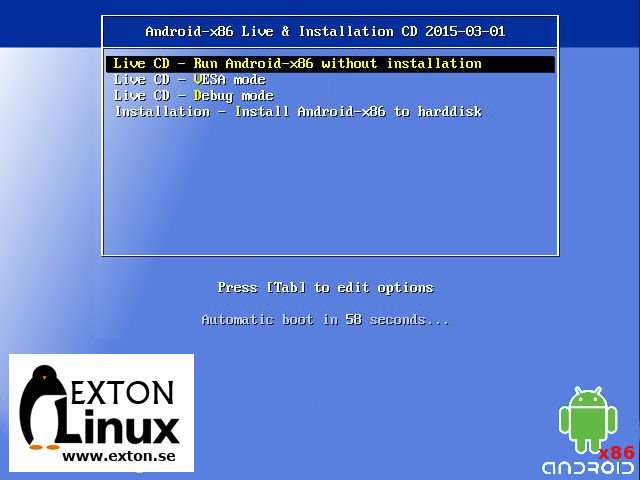